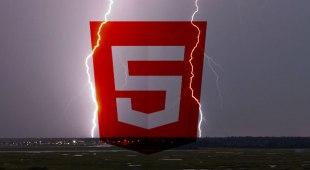 By James Bourne | 23rd July 2012 | TechForge Media http://www.cloudcomputing-news.net/
James is editor in chief of TechForge Media, with a passion for how technologies influence business and several Mobile World Congress events under his belt. James has interviewed a variety of leading figures in his career, from former Mafia boss Michael Franzese, to Steve Wozniak, and Jean Michel Jarre. James can be found tweeting at @James_T_Bourne.

The two primary organisations focusing on the development of HTML5, the World Wide Web Consortium (W3C) and the Web Hypertext Application Technology Working Group (WHATWG), have gone their separate ways and decided to officially pursue the open web standard in different methods.

The WHATWG is working on the evolving “living standard” for HTML5, while the W3C continues to work at recreating static “snapshots” of the standard.

The organisations announced their partnership back in October 2006 as both pushed forward to find a common web standard, but according to WHATWG’s Ian Hickson:

“Not long after [the naming of HTML5], the W3C side of this effort decided to split their version of the spec into subspecs (e.g. splitting out the 2D canvas API, server-sent events, post message etc), and for a while we tried to match that on the WHATWG side.

“The result was an increasing confusion of versions of the spec, so we eventually went back to just having a single spec on the WHATWG side which contains everything I work on, which we now call the ‘HTML Living Standard’”, Hickson explained.

WHATWG had aligned with W3C, boasting the support of Apple, Mozilla and Opera, because of fears over how slowly W3C was working towards the common format.

Consequently, their approaches differed significantly over the years, to the extent where bug tracking couldn’t be done by one body – hence the divergence.

It could be argued that, rid of the shackles from W3C, WHATWG’s ‘living standard’ could accelerate the development of HTML5 at an unprecedented pace.

“Overall this doesn’t seem to be a good development. It will no longer be possible to say exactly what HTML5 is,” he added.

But do you agree? Could this be a potential disaster for the developer zone? It may have the potential to, as companies may choose one standard over another. Let us know in the comments…