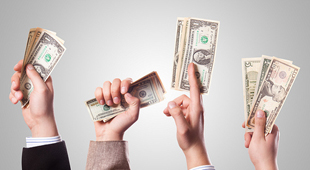 By James Bourne | 10th July 2012 | TechForge Media http://www.cloudcomputing-news.net/
James is editor in chief of TechForge Media, with a passion for how technologies influence business and several Mobile World Congress events under his belt. James has interviewed a variety of leading figures in his career, from former Mafia boss Michael Franzese, to Steve Wozniak, and Jean Michel Jarre. James can be found tweeting at @James_T_Bourne.

Mobile developers rarely create apps out of the kindness of their hearts: they want to make money out of a market that the IAB estimates at $5.3 billion globally.

But while mobile developers can create their apps easily enough, they may not be experts at monetising them. If you’re a developer who wants direction, here are some key points to consider when incorporating ads.

Clickthrough rate is most important factor for revenue. Some channels achieve higher CTRs, as our recent Adfonic Global AdMetrics Report confirmed, drawing data from tens of billions of monthly ad requests. In line with industry trends, it showed that the gaming channel is dominant, taking up almost a third of Adfonic’s total mobile ad network inventory, a total based on thousands of gaming apps in Adfonic’s network.

Gaming also delivered the highest effective earnings per thousand impressions (eCPMs). This is a critical metric that divides total earnings by total impressions in thousands, to show effective earnings across all channels. So if you want one direction, consider gaming because it addresses your CTRs (the number of clicks) and eCPMs (the value of those clicks) simultaneously.

Price is another factor, and this is where geographic regions are important. The EU5 countries (UK, France, Germany, Spain and Italy) offer high demand at high price, so think about how best to tailor your apps to these markets. You may get better returns if you translate into local languages for local app stores.

Fill rate is the third part of the equation: CTR times price times fill rate equals money. Any ad slot left unfilled is not working hard to generate revenues. So choose a network that has sufficient advertiser campaigns to ensure that, for any combination of device, platform and region, it has an ad for your app.

Many mobile apps developers make the mistake of creating their apps before considering monetising them. So before you start, consider where ads will appear on your interface: too close to navigation buttons and they cause accidental clicks. If you’re localising, build that into your plans at the outset. Decide which ad formats you’ll be incorporating, and whether you want to include rich media (see below).

Also, research the ad networks. Your apps could be available worldwide (it’s not unusual for apps to generate ad requests in over 150 countries) so choose a network with global reach to match, and sufficient campaigns to fill your inventory. Make sure they support the latest formats, and that their SDK enables you to do this easily.

The best partners let you choose the campaigns you want to show – that is, they give you control. Which is another important point: check that you partner can help you control how your ad slots perform in real-time, by giving you that granular level of detail only offered by a few ad networks.

There are many industry-leading reports available that help developers. As well as highlighting the gaming channel, the Adfonic’s Global AdMetrics Report showed that, specifically in the US, Android tablets exhibit much higher CTRs than Android smartphones. The Amazon Kindle Fire was a performer here, with a 13% share of US tablet advertising inventory and the highest CTRs of all platforms. These formats could be future stars because the US tends to lead these trends.

Another interesting takeaway was that, on Windows-powered devices, some channels such as games and news were nearly six times more lucrative than average. While not as dominant as other platforms currently, Windows shows promise for developers who want to benefit from impressive eCPMs.

Rich media elements within ads enable consumers to play around with them, for example by enabling them to expand ads or rotate them on-screen, and by using mobile devices’ sensitivity to touch, swipe or even location. Mobile consumers are much more attracted to rich media ads and show higher propensity to click them, so we see rich media ads yielding eCPM rates by up to ten times average. They’re truly astonishing performers in terms of increased revenue.

Truly, the mobile world is changing quickly, expanding it seems at an ever-increasing rate. New formats, platforms, devices and channels make this a fascinating area – and, for the developers who get their mobile ad monetisation right, a lucrative one.

Learn more about how Adfonic can help you monetise your apps at Apps World, London, 2-3 October.