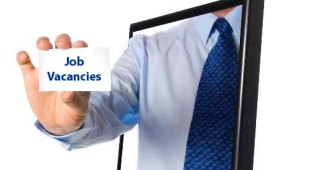 By James Bourne | 4th July 2012 | TechForge Media http://www.cloudcomputing-news.net/
James is editor in chief of TechForge Media, with a passion for how technologies influence business and several Mobile World Congress events under his belt. James has interviewed a variety of leading figures in his career, from former Mafia boss Michael Franzese, to Steve Wozniak, and Jean Michel Jarre. James can be found tweeting at @James_T_Bourne.

A report from tech employers Dice.com has continued an intriguing trend within the industry today: Java, mobile and .NET developers are still in short supply.

Finding the talent for the market continues to be a struggle, according to the survey of 866 technology-focused recruiters. The US-centric report found, in the main, the following trends:

Java developer was the most difficult position to fill in the industry today, followed by mobile and .NET. Software developer and security completed the top five.

In October last year they bemoaned the difficulties surrounding the hiring of .NET developers, citing it as a useful resource for young professionals looking to break into the industry. But this finding seems to contradict those predictions.

“Even with an unemployment rate for technology professionals hovering around 3.5, companies are sticking largely to their terms,” the report concluded.

A recent report from ITCareerFinder.com said that web development was one of the best jobs in IT, with a predicted growth of over 65,000 jobs in the sector within 10 years.

But the prevalent trend here is that jobs aren’t the issue – it’s recruiters looking for the perfect member of staff, meaning the “market isn’t fixing the talent gaps”.

Do you agree that the talent is there, as well as the jobs, but the market isn’t filling in the cracks?