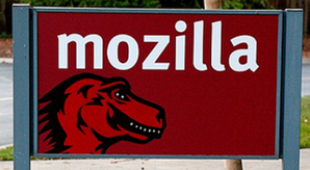 By James Bourne | 3rd July 2012 | TechForge Media http://www.cloudcomputing-news.net/
James is editor in chief of TechForge Media, with a passion for how technologies influence business and several Mobile World Congress events under his belt. James has interviewed a variety of leading figures in his career, from former Mafia boss Michael Franzese, to Steve Wozniak, and Jean Michel Jarre. James can be found tweeting at @James_T_Bourne.

Mozilla has announced that their long awaited operating system, now called Firefox OS, will be rolled out in early 2013 and will fully utilise HTML5 as the standard.

For those asking “great, but what’s happening with Boot to Gecko?” the new OS with the distinctly less sexy name is simply a rebranding of the Boot to Gecko project, with no clear difference in features.

In terms of fully utilising the open Web standard, this will include everything being an HTML5 application, including games, apps and calling.

Mozilla has been rather busy of late, recently releasing their latest Firefox for Android which goes like grease lightning according to their tests.

The not-for-profit has proudly announced a strong supporting cast of telecoms providers for Firefox OS, including Sprint, Deutsche Telekom and Telefonica. Similarly, manufacturers ZTE and TCL Communicaton Technology are lined up to create the first devices to feature Firefox OS.

The first smartphones featuring Firefox OS will be released at the top of 2013 in Brazil.

What’s the USP of Firefox OS? Well, Mozilla will try to target the entry level market, as well as being able to allow web-based applications to access system files.

Gary Kovacs, Mozilla CEO, said: “The introduction of the open mobile OS continues the Mozilla mission to promote openness, innovation and opportunity on the Web for users and developers”.

This OS development, from Boot to Gecko to Firefox OS, has spent plenty of time in development; but is Mozilla wise to be challenging the big names at their own game?