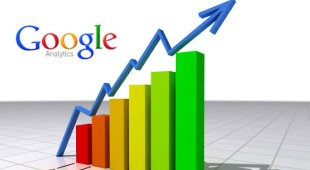 By James Bourne | 2nd July 2012 | TechForge Media http://www.cloudcomputing-news.net/
James is editor in chief of TechForge Media, with a passion for how technologies influence business and several Mobile World Congress events under his belt. James has interviewed a variety of leading figures in his career, from former Mafia boss Michael Franzese, to Steve Wozniak, and Jean Michel Jarre. James can be found tweeting at @James_T_Bourne.

Google has announced a beta mobile version of analytics designed to give better statistics to developers and marketers regarding their apps.

Created “to measure the entire mobile customer journey – from discovery to download to engagement”, Google cited the fact that there were over 600,000 apps available in Google Play as a primary reason for Mobile App Analytics.

There are various important reports able to be collated on Mobile App Analytics, based in three key metrics; acquisition and user, engagement and outcome.

Of course, Google Analytics already had mobile data, but none of it has ever been pertinent to app developers before. Those who sign up will get the option straight away of whether they want to measure their mobile app or website.

Yet it’s worth nothing that this feature is “opt-out ready”, which prepares Google for anyone who doesn’t want their data completely tracked.

The beta analytics will be available for both iOS and Android developers, with product manager JiaJing Wang inferring that he wanted deeper integration with Google Play in the future.

Wang told the Google I/O conference: “Application developers and marketers need to have a profound understanding of their mobile applications’ usage”.

Is Google tapping into a vital market with the development of Mobile App Analytics? Would this be beneficial to your app as a developer?