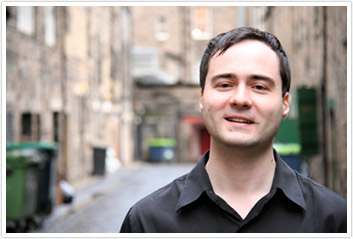 By Kevin Miller | 25th January 2012 | RunRev http://www.runrev.com/
Kevin is the founder and CEO of RunRev, overseeing a global team and development of the Rev programming language. Kevin founded RunRev with the vision of taking HyperCard forward as Rev, which resulted in the acquisition of the multi-platform development engine from MetaCard Corporation, and financial backing from Mike Markkula, the legendary venture capitalist and early Apple investor.

Much is made about the importance of technology. The Department for Business, Innovation & Skills recently announced a £145 million boost to improve the UK’s e-infrastructure. The reality, however, is that IT infrastructure enhancements will not benefit the vast majority of businesses to drive productivity and profitability. But there is one IT revolution that they can tap into and benefit from.

The hype that surrounded Apple’s announcement about the iPhone 4S reflects not only the interest in Smartphone’s but also the demand for apps.  In a little more than 3 years, more than 18 billion apps have been downloaded from the App Store and that number currently stands at over a billion a month. This number excludes other platforms such as Android.

The app market is one of the few sectors that remain unaffected by the current economic climate and this is drawing in more and more business people who want to channel their creativity so as to improve productivity and profitability within their organisation.

With the app market expected to reach $25 billion by 2015, how can UK SME’s and other businesses tap into the App revolution to fuel their growth?

An App for Everything and Anyplace…

The evolution of the Smartphone and tablet PC coupled with improved connectivity has had the effect of creating a new generation of mobile executives.  For small businesses, mobility is not about joining the army of road warriors but becoming more flexible in the way they run their business.

The ability to adapt your business to take account of changing economic conditions, local trading environment or embrace a new initiative requires access to a range of information. The plethora of apps and the ease with which they can be created and deployed on Smartphone’s or tablet devices has injected a new confidence in business owners striving to remain competitive.  Small businesses can now re-organise, reorder and revitalise their business processes, operations or customer service secure in the knowledge that the commercial information that underpins their business is always readily available via an app.

For many small business owners, the idea of downloading apps or creating apps onto their Smartphone and using them to run their business may seem daunting. The challenge, in reality, is less a technical one and more a mindset one.

App development has come a long way from the early days of coding. Whereas one needed to be fluent in technical languages such as C++, developments in simplifying programming languages has opened up app development to individuals with no IT or technical knowledge.

The arrival of alternative software solutions, based on English-like programming language, has not only done away with much of the complexity and restrictiveness but also had the effect of smashing the other obstacle to the widespread adoption of programming languages – cost.  With prices starting from as little as £80, small business owners can easily and quickly create tailored apps without breaking the bank.

If you can imagine it, you can create it…

The number of new and free apps is on the rise and predicted to increase throughout 2012. While about 65% of Android apps and 40% of iPhone apps are currently free to download, the vast majority are aimed at a consumer audience rather than a commercial one. Those business apps that are free are, in the main, very basic or limited in their scope. Virtual business cards, voice recognition apps or barcode scanners have their place but for most small businesses, a useful app is one that is tailored to the needs and expectations of the business.

The appeal of alternative programming solutions is that they allow individuals to create whatever they can imagine without worrying about the complexity of coding.  The use of an English-like programming language coupled with a visual interface makes coding very straight forward. Using their computer, small business owners can simply sketch an outline of an app and then proceed to build it at their own pace and in line with their own needs and expectations.

Once created, the app can be quickly deployed to multiple platforms, such as smart phones and tablet devices.  At a stroke, small business owners can quickly and easily turn their own ideas and plans into practical apps that fit within their business.

For many small businesses, growth is dependent on a combination of innovation, service and efficiency.  The advent of Smartphone’s, tablet devices and apps is changing the way companies operate and small businesses are no exception. Apps offer a way to engage and reach consumers or re-energise back office processes.  The fact that they can be created and deployed on a variety of devices and platforms, such as smart phones, makes them an invaluable business aid.

The evolution and widespread adoption of alternative development programmes has demystified the art of coding by empowering individuals with both the confidence and the tools.  For small businesses, the app revolution offers a gateway through which innovative ideas, better customer service and greater efficiency can be realised.