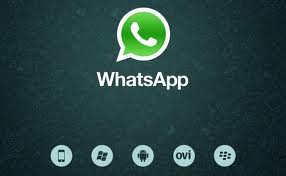 WhatsApp CEO Jan Koum says his firm is dedicated to messaging, and won’t ever go down the route of serving ads to its millions of users. Speaking at Mobile World Congress in Barcelona this week, he put the success of his app down to several factors.

“It’s our job to be available on every platform,” he said. “We’ve worked really hard for that.”

Delivering instant message features like group chat and the ability to share media, and doing it well, is what he says WhatsApp is all about. “It’s a real time conversation we provide,” he said. “We’ve delivered something that’s more engaging than text.”

Despite the company’s meteoric success, he says he still tries to answer up to 40 customer emails per day. In fact, he places great importance on keeping up a dialogue with users, most of the app’sm feature upgrades have come about that way.

It’s the closeness with WhatsApp users that has dictated the firm’s business model, and goes some way to explain why the business is based around a subscription model rather than being monetised through serving ads.

On the face of it, a service that delivers upwards of 2bn messages every day could make a killing serving ads, but Koum says no. What’s App doesn’t collect the kind of personal information that being able to effectively serve ads would require.

“People don’t wake up in the morning and say, ‘I want to see more advertising’,” he added. “We have a client relationship with our users. If we serve advertising then the advertisers become the clients, and the users just become the users.”

The company is serious about mobile in the same way the Google is serious about search, he said. “You only have a small screen there, and we don’t want to pollute the user experience with ads.”