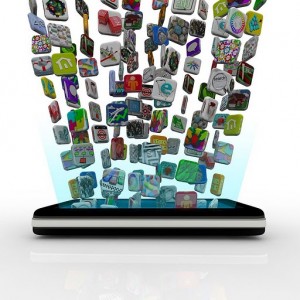 At Mobile World Congress in Barcelona, WAC has announced a number of initiatives set to drive forward the adoption of HTML5 and, in the process, claw back some measure of control for its operator members from the over the top app services which have chipped away at their direct relationship with end users.

Announcing the launch of a new in app billing API designed around HTML5, WAC CEO Peters Suh said that the organisation wanted to remove the friction at both the OS and the device level, allowing developers to effectively monetise their apps across all devices.

“They can develop once, cross-screen and cross operator,” he said. “We think this will resonate with the developer community and ultimately withy the consumer.”

“If you look at our members, it’s not just operators, but key innovators; Qualcomm, Intel, Nokia,” said Suh. “They all get the plot. We all have a vested interest in reducing fragmentation.

“We’re having an open discussion about HTML5, that’s going to open up a lot of development opportunities,” he added. “We’ve already got some apps where you can’t tell the different between that and a native application.”

Getting developers on board will be key for this initiative, and Suh says that partnering with huge international brands like Deutsche Telekom and AT&T in the US, will raise the profile of the project and attract developer talent.

To this end, WAC has arranged a series of HTML5-focused hackathons across the world this year.

Hosted by its global operator members and designed for developers to learn about HTML5-based mobile apps and using the new WAC Billing API, the hackathons will teach new skill sets and educate developers about the efficiency of writing once for many devices.

Beginning in America during May, the first hackathon in the series will be hosted by AT&T and Facebook, taking place at AT&T’s Palo Alto facility for innovation, the AT&T Foundry.

Developers interested in the hackathon series can learn more and register by visiting the AT&T Developer Program website http://developer.att.com/.