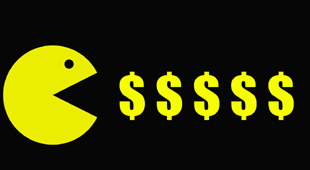 Paid for apps available through Android Market are overpriced, according to industry analysts, to the extent that the pricing is upsetting the balance of the industry.

Canalys, the smart market insight specialist, reported that the top paid Android apps are dramatically more expensive that their Apple App Store equivalent. In the US, for instance, the top 100 iPhone apps would set you back $147, while the top 100 list on Android stings you for a whopping $374.37, an average of $3.74 per app.

“That developers can apparently charge more for their apps on Android and make it into the top paid list is clearly a positive,” said Canalys Managing Director, Mobile and APAC, Rachel Lashford. “But the reality is that with fewer people willing to purchase apps on Android than on iOS today, there is more of a necessity to do so.

“Developers and publishers need to balance the iOS volume opportunity with a potentially greater value per download opportunity on Android, where more apps command higher price points,” she added.

Selling more apps at higher prices is the Holy Grail for developers, but achieving big volumes of paid apps on Android is no small challenge. More aggressive price competition around Android apps would help to encourage more consumers to make their first app purchases, drive greater download volumes, and ultimately be good for the vibrancy of the app ecosystem.

Canalys noted that that the top downloaded paid-for apps on Android and iOS were rarely the same in any country. In the US, just 19 apps appeared in the top 100 paid lists for both stores; and individual apps that did appear in both stores tended to be priced very similarly.

The survey shows that 82 of the top 100 paid apps in Apple’s US store are priced at $0.99, against just 22 in the Android Market in the US. But with iPhone users increasingly familiar with in-app purchases, there are further options available for monetizing iOS apps beyond the initial payment.

“That in-app purchasing is a better established feature within the Apple ecosystem than on Android, gives iOS developers an advantage in this regard,” said Canalys Senior Analyst, Tim Shepherd. “It also underscores the importance of app store providers innovating and being quick to implement new features, which can enable developers to build robust and credible app business models and to make real money.”