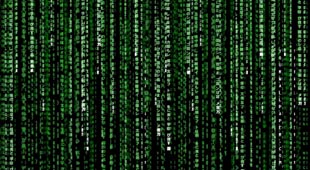 By Jason Beres | 13th December 2012 | Infragistics http://www.infragistics.com/
Categories: Design, Development Tools, Java, Languages,
Jason is a Microsoft .NET MVP and is an active member of the .NET community who speaks at dozens of events and conferences worldwide every year. He is the author of eight books on topics ranging from Visual Basic and C# to SQL Server and Silverlight; his latest is Professional Silverlight 4 (Wrox , 2010). You can reach Jason at jasonb@infragistics.com or on twitter @jasonberes.

At the end of this article, the reader will understand what MVVM is, why it is useful, and how open source JavaScript frameworks like Knockout can help deliver MVVM applications.

Topics covered in this article:

• How to implement data binding in a jQuery application using Knockout

The Model-View-View Model (MVVM) pattern is a software architectural design pattern. This pattern emerged in 2005 to support the inherent data binding functionality offered by XAML subsystems such as Windows Presentation Foundation (WPF) and Silverlight.

Elements of the Pattern

The three elements or “layers” of the pattern will be described in this section.

The Model encapsulates the domain model, business logic and may include data access.

The domain model represents the client-side application model and may define supporting data structures such as business objects. An example of such structures is a Customer object containing properties such as FirstName, LastName, etc.

Business logic refers to logic concerned with retrieving, validating and ensuring the consistency of application data. This excludes UI-specific logic.

The view is the application’s User Interface (UI). It defines the appearance of the UI and its visual elements and controls such as text boxes and buttons. The view may also implement view behaviour such as animations and transitions.

How all of the these Elements Work Together

This section will explain the basic sequence of steps involved in a typical MVVM application. Please keep in mind that the order and specific operations of production applications will vary based on application complexity and functionality.

The view model retrieves data from the model or a data service. It then converts the data into a format that the view can easily display. The converted data is stored within structures of the view model and exposed to the view as properties.

The view displays data for end users to interact with via data bound visual elements. Data binding is a key MVVM concept. It is also a concept that distinguishes the MVVM pattern from similar patterns such as Model View Controller (MVC). This mechanism works by defining a binding (or data subscription) on a UI visual element (such as a text box) that points to a property on the view model such as FirstName. The binding ensures that the data displayed in the text box will always mirror the view model property that it is bound to. This means that if the bound property changes in the view model, the data in the UI will automatically change to reflect the current state.

Standard operations such as loading application data and saving application data are exposed to the view by the view model in the form of commands (or methods). The view contains controls such as buttons that bind (point to) to view model commands. For example, a button labelled “Load Customers” on the view is bound to a command (or method) on the view model named LoadCustomers. When the end user clicks the “Load Customers” button, the LoadCustomers method of the view model is invoked which retrieves customer data from the model and sets its “Customers” property. Any visual element in the view that is bound to the Customers property will automatically be hydrated with the freshly retrieved customer data.

The Don’t Look Up Rule

As with other separation patterns such as MVC, MVVM facilitates the separation of concerns. The advantages of separating concerns in the MVVM manner include the facilitation of the following:

Since the UI is void of any non-visual code such as business logic, the team’s designer can confidently work on modifying the code without worrying about breaking the programmer’s code. And the same can be said about the programmer who will not need to touch the UI mark-up when writing business logic or state-handling code.

Decoupling the view from the view model enables us to write clean unit tests. For example, we can write a unit test for the view model by calling its LoadCustomers method and then interrogating the Customers property. The UI does not need to be unit tested because it does not contain non-visual logic.

Testable, decoupled code is easier to maintain. A bug can be found much more easily if there is only one place to inspect. Members of the sustaining engineering team will be more confident when modifying code that is properly covered by unit tests.

It’s quite easy to imagine how the code would look like to set a property or call a data service. But it’s not as easy to imagine how to write code that handles binding. The good news is that we don’t write that code. In classic MVVM subsystems such as WPF or Silverlight, binding is declared (configured) in XAML, but implemented by the .Net Framework itself.

Below is a snippet of declarative binding XAML used in the sample MVVM WPF application view (Figure 5).

Figure 6 depicts the basic technology stack of a WPF application.

How to Implement MVVM/Binding in an HTML / jQuery Application

In the last section, we looked at the technology stack of an MVVM WPF application. Figure 7 depicts a similar view of the HTML/jQuery application equivalent.

A web page takes the place of a WPF window. The presentation layer is written in HTMLCSS instead of XAML. Modules that handle logic such as view models are written in JavaScript rather than C#. And the runtime is provided by the web browser. Figure 7 depicts an HTML/jQuery equivalent for each element of its WPF counterpart, except for the Binding functionality. This is where Knockout enters our story. Knockout will be discussed in subsequent sections.

<!– we’ll bind the button to the loadCustomers method of the view model. –>

Using Knockout in an Application

To use Knockout in an application, three basic steps are required.

Step 1: Reference the Knockout library in the View

The Knockout library can be downloaded from the official Knockout site (http://knockoutjs.com/).

Step 2: Associate the View Model with the View

The view model will commonly reside in a separate JavaScript file. The view model is associated with the view by calling the applyBindings Knockout method.

Bindings are declared in the visual element mark-up by using the data-bind attribute. These bindings are associated with view model properties that are known as observables. Observables are properties that will automatically issue notifications whenever their value changes.

The MVVM separation pattern facilitates code testability, maintainability and smoother collaboration amongst software development team members. In subsystems such as WPF and Silverlight, the binding aspect of the pattern is handled by the .Net Framework. Open source libraries such as Knockout may be used to enable MVVM HTML/jQuery applications by providing binding functionality.

Software vendors such as Infragistics publish toolsets with rich HTML5 controls including charts, maps, and grids that inherently support Knockout. Additional information regarding these tools can be found at: http://www.infragistics.com/products/jquery/

Information about using these controls with Knockout can be found at: http://www.infragistics.com/community/blogs/tags/Knockout/default.aspx

For more information on working with Knockout, please refer to the documentation and tutorials on the Knockout web site:

The working sample WPF and HTML/jQuery applications may be downloaded at: