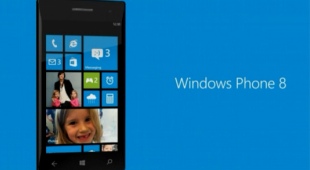 By James Bourne | 4th December 2012 | TechForge Media http://www.cloudcomputing-news.net/
James is editor in chief of TechForge Media, with a passion for how technologies influence business and several Mobile World Congress events under his belt. James has interviewed a variety of leading figures in his career, from former Mafia boss Michael Franzese, to Steve Wozniak, and Jean Michel Jarre. James can be found tweeting at @James_T_Bourne.

A tweet from Todd Grix, the senior developer of the Windows Phone Apps Team, has revealed that Microsoft developer revenue and app downloads have gone up 100% since the launch of Windows Phone 8.

Grix noted (below): “If you build it, they will come.” This might be a little bit optimistic given previous Windows Phone adoption figures, but it appears the future is looking a little brighter for Microsoft.

If IDC figures are anything to go by, Windows Phone has been on something of a slump after a bright second quarter this year.

But figures released at the beginning of November show an overall Windows Phone adoption rate of 2.0%.

Perhaps the most intriguing facet of the August research was the 2016 forecast. IDC believed Android to be clearly in the front seat of a one horse race, but in second place – with a predicted 19.2% market share – was Windows Phone.

Evidently these figures are a step in the right direction, although Grix’s tweet was questioned because no raw sales data was released – in other words, the figures are all relative.

Raw numbers are always difficult to come by but, before the cooling off period on last month’s Build Windows developer conference, Brix announced that Microsoft was hitting, on average, 1500 new developer registrations each day.

Recent Sencha research certainly suggests potential for WP 8 in the enterprise, with Sencha VP marketing Paul Kopacki noting that customers “are not willing to be on any one platform, and in fact are adding more to the mix with their upcoming support for Windows Phone 8”.

Is this a first step towards Windows Phone taking a firmer market share, or should this be taken with a pinch of salt?