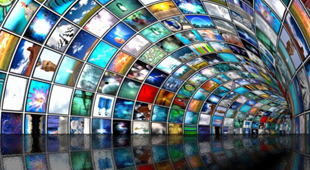 By James Bourne | 3rd December 2012 | TechForge Media http://www.cloudcomputing-news.net/
James is editor in chief of TechForge Media, with a passion for how technologies influence business and several Mobile World Congress events under his belt. James has interviewed a variety of leading figures in his career, from former Mafia boss Michael Franzese, to Steve Wozniak, and Jean Michel Jarre. James can be found tweeting at @James_T_Bourne.

The growth in popularity of SMART TV and the connected home presents a chance for mobile app developers to gain a competitive advantage over their competition. However, this opportunity also brings with it a number of obstacles with it:

After having conquered the various mobile platforms of iOS, Android, Windows Phone, Win8, Blackberry, Bada, Java just to name a few; mobile developers of today are somewhat consolidating their efforts to grow their app business.

So, what’s the main reason for that? Money, of course. Since the average revenue per app ranges between $1.200 and $3.900, a developer has to make a decision – where does he put his resources, for what project to hire talent, and on what mobile campaign to spend marketing budgets. In addition, he is challenged by the potential of breakthrough platforms, promising new users, and additional reach and revenue streams.

One of the hottest of such new frontiers is SMART and Connected TVs. The user´s demand for using Internet and mobile content on the big screen, in mature and new markets alike, is triggered by the rise of fast broadband connected homes, resulting in incredible sales numbers for connected TVs. Users most likely extend the usage of apps and mobile content from their current smartphone or the tablet screen to the big one at home, due to the convenience and enhanced experience people get out of combining a mobile with a TV screen. New players like Apple and IKEA will ride on this wave of growing consumer behaviour.

This trend is supported by various initiatives from TV set manufacturers, OEMs and content providers i.e. the pact of LG and Philips, developer funding by Samsung or monetization support by Google TV. It is currently very tempting for mobile developers to discover the new platforms by simply getting funded or supported by the big names, port an existing Android app and give it a try. You also shall not forget Apple Airplay, which is a standard so far to put media content from iOS apps to TVs connected to the Apple TV box. Implementing this feature is probably much easier and faster, than porting an Android app, but still requires valuable thought about why and for what use case on top of the technical integration.

While tapping into this new field, mobile developers; apart from the opportunities of new users and revenues, are already seeing one major obstacle as TV’s from different brands use different platforms and technologies – the dilemma of the fragmentation of SMART TV platforms.

“In the connected TV world, that means developing for at least six different platforms, with others on their way. Today, apps need to work across Samsung, LG, Sharp, Philips, Panasonic and Google TV devices.”

In order to make TV app development sufficient and effective, a developer has to make a decision about which platform to go to first and what devices to build for. Again, that´s a tough call after doing so on native mobile development in the recent years.

There are more than 1,000 TV sets able to connect to mobile media content and so far no real cross-platform solution is available to get on the most of them without the risk of getting stuck in customization and update cycles for each TV platform. And that´s not the only fragmentation dilemma, taking into account that most mobile developers have published their apps on iOS and Android at least.

That said, the amount of bridging of mobile app content to the TV almost doubles and multiplies by the number of TV platforms. Since the current costs for developing a native Smart TV app is about €50k, and only a few SDKs are currently available, that might be a huge investment developers face. Among the current solutions is the open-source project Cling and Zapstreak, our offer which is a turnkey SDK for mobile developers of media apps (video, music, photo).

The best advice for mobile developers is to think about their user base and their behavior in front of a TV screen. Ask yourself, if your app´s content or functionality is worth to be extended to it, does the “immobility” of the user changes the nature or use case of your app or does it actually support it?

If you have a video, music or photo app, your users would actually enjoy such content more convenient, with friends and via a better speaker system. Do you have the time and resources for developing such new offer? How to do it: going native (again) and therefore having to choose the most promising TV platform or simply testing out some bridge-technologies like Airplay-like solutions for Android and other mobile apps?

There’s no doubt about it – Connected and Smart TV is a growing space that should be included in your mobile strategy. It’s now down to the developers to take the initiative and seize the opportunity that presents itself. Failure to do this means they could soon be left behind.

Find out more about the future of TV apps at TV Hackfest, at Moscone Center West, San Francisco on February 7-8 2013.