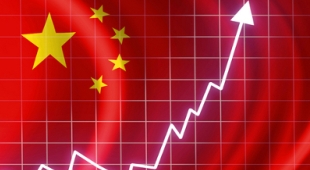 By James Bourne | 29th August 2012 | TechForge Media http://www.cloudcomputing-news.net/
James is editor in chief of TechForge Media, with a passion for how technologies influence business and several Mobile World Congress events under his belt. James has interviewed a variety of leading figures in his career, from former Mafia boss Michael Franzese, to Steve Wozniak, and Jean Michel Jarre. James can be found tweeting at @James_T_Bourne.

According to analytics experts Flurry, the fastest growing iOS and Android markets is China, by a considerable distance.

Flurry estimates that, with the application coverage it provides, over 90% of all iOS and Android devices can be detected, so these figures appear to be about as accurate as they could possibly be.

The US still leads in terms of number of active iOS and Android devices, with 165 million. China is a relatively close second on 128m devices, with the UK (31m), South Korea (28m) and Japan (22m) trailing behind to make the top five.

China is “dramatically closing the gap” on the US year-over-year, according to Flurry, due in no small part to its huge rise in terms of the fastest growing device market.

China experienced a monstrous 401% year-on-year growth “demonstrating the power of the country’s vast population coupled with its rapidly growing middle class”, according to Flurry.

In other words, China can still be the fastest growing market while being the second biggest market overall. And by December 2012, China could overtake the US as the largest active install base.

South America was responsible for the next three countries, with Chile (279%), Brazil (220%) and Argentina (217%) all going through super-fast growth in its iOS and Android markets.

The evidence was certainly there for these results. During the Google Press 5.0 Summit in Santiago, Google’s Hugo Barra said that “no doubt, 2012 will be the year of the smartphone for Latin America”.

Evidently, the BRIC (Brazil, Russia, India and China) countries – so named because of how similar they are in emerging market development – are also beginning to emerge here, if this study is anything to go by.

“With international growth accelerating, there has never been a better time, in the history of technology, to be a software developer”, Flurry forecasts.

So evidently, the BRIC countries are expanding just as the economists predicted. But evidently China is expanding more than its BRIC counterparts can keep up with. Is this result at all surprising?