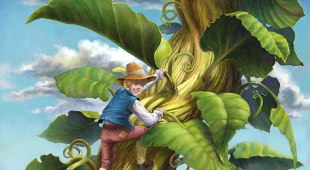 By James Bourne | 20th August 2012 | TechForge Media http://www.cloudcomputing-news.net/
James is editor in chief of TechForge Media, with a passion for how technologies influence business and several Mobile World Congress events under his belt. James has interviewed a variety of leading figures in his career, from former Mafia boss Michael Franzese, to Steve Wozniak, and Jean Michel Jarre. James can be found tweeting at @James_T_Bourne.

“It’s a good day to be a Python developer”, the Amazon blog opines.

Amazon Elastic Beanstalk – which was created in order for greater convenience in deploying and managing applications in AWS – already supported PHP, Java, and .NET, but the decision to go quadrilingual will undoubtedly please Python devs.

The move to Python will also help integrate support for Django and Flask applications, with developers also being able to use Git and eb to deploy straight from the command line.

There is also integration with Amazon Relational Database Service (RDS), which the blog states “makes it easy to set up, operate, and scale a relational database in the cloud”.

Amazon has consequently published a developer guide, entitled ‘Using Amazon RDS with Python’, to ease devs into the cloud.

Amazon’s cloud of course, despite its huge size, hasn’t had the best of time, with early July proving a turbulent time for the AWS service to say the least as storms in Virginia took the cloud down.

Python has never been one of the biggest hitting programming languages in terms of popularity, but you can’t deny it hasn’t been consistent.

The TIOBE Programming Community Index currently holds Python as 8th most popular PL, exactly the same position it held five years ago. Python also won TIOBE’s “Programming Language of the year” in 2007 and 2010.

The blog post also promised heightened debugging, with the ability to snapshot logs alongside Elastic Beanstalk’s aggregation – including the Apache error log – doing the bulk of the work.

Why would Amazon be broadening out what was originally a Java-based Beanstalk? And if you’re a Python developer, are you happy at being able to deploy in Amazon’s cloud? Let us know in the comments…