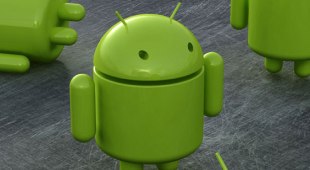 By James Bourne | 10th August 2012 | TechForge Media http://www.cloudcomputing-news.net/
James is editor in chief of TechForge Media, with a passion for how technologies influence business and several Mobile World Congress events under his belt. James has interviewed a variety of leading figures in his career, from former Mafia boss Michael Franzese, to Steve Wozniak, and Jean Michel Jarre. James can be found tweeting at @James_T_Bourne.

Android ploughs on according to IDC, but hold fire: didn’t the same people say Android would hit its peak this year?

Android holds a “commanding” market share of smartphones shipped globally in this year’s second quarter, with 68.1% – or 104.8 million – of the 154m worldwide smartphone shipments using an Android OS.

According to International Data Center (IDC) research, Android’s sizeable market share can be traced back to the hold of Samsung, which accounted for 44% of all Android smartphones shipped in the quarter ending in June.

IDC surmised that the following vendors “were a mix of companies re-establishing their strategies or growing volumes within key markets”.

After Android, predictably, came iOS, with Apple’s OS accounting for 16.9% of the market share, or 26m shipments. This meant Android and iOS combined holds an 85% share.

Android’s figures held a 106.5% year-on-year increase, whilst iOS went up just over a quarter year-over-year. The only major OS player to record a yearly increase was Windows, with their 3.5% market share in Q2 2012 – or 5.4m shipments – representing a whopping 115.3% year-on-year upturn.

BlackBerry consolidated its position in third place with 4.8%, or 7.4m worldwide shipments.

However this represented a 5m loss, a -40.9% year-on-year change, culminating in sales figures not seen since the first quarter of 2009.

Elsewhere, Symbian clings onto fourth despite predictably dropping like a stone, with 6.8m shipments in Q2 2012 despite a -62.9% yearly turnaround, and 3.5m smartphones shipped out in the second quarter run on a Linux OS.

“Android continues to fire on all cylinders,” according to IDC senior research analyst Ramon Llamas.

He added: “The market was entreated to several flagship models, prices were well within reach to meet multiple budgetary needs, and the user experience from both Google and its handset partners boosted Android smartphones’ utility far beyond simple telephony”.

“The mobile OS market is now unquestionably a two-horse race due to the dominance of Android and iOS,” said IDC senior research analyst Kevin Restivo.

But the question to ask is: is this two-horse race becoming a one horse race?

Recent research from global advertising network Adfonic revealed that, even though Android and iOS devices accounted for 80% of Adfonic’s global ad inventory, in the second quarter of 2012 Android increased its share of ad impressions from 38% to 46%, while iOS dropped from 45% to 34%.

This shift in leader was compounded by the news that the only geographical region iOS hadn’t ceded market share to Android was South America.

Evidently Android appears to have the upper hand in this battle, according to the IDC and Adfonic research.

Yet back in June Enterprise AppsTech reported IDC’s prediction that Android would hit its peak this year and fall away in the coming few years, despite continuing to remain the market leader.

The previous IDC research forecast that Android would still hold over half the market share by 2016, as 52.9% of smartphones will still have the OS.

But the key prediction – and the one which prompted questions of the one-horse race – was that IDC predicted Windows Phone would account for a 19.2% market share in second place, with iOS in third on 19%.

Is the market space available for Windows, or indeed Apple, to challenge Android? According to Restivo, yes.

“With much of the world’s mobile phone user base still operating feature phones, the smartphone OS market share battle is far from over. There is still room for some mobile OS competitors to gain share, although such efforts will become increasingly difficult as smartphone penetration increases,” Restivo notes.

So this IDC prediction appears to fit in with their wider forecast. But who’s going to win the race; Android, iOS, or maybe Windows? Which OS do you prefer and why?