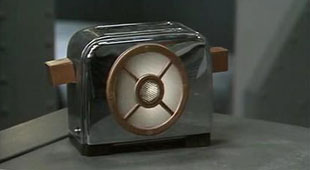 Deutsche Telekom has launched a new developer portal for devs specialising in M2M communication, ‘the internet of things’.

The new community, part of the company’s existing Developer Garden initiative, offers a number of useful tools, APIs and SDKs, which it says will ‘quickly and easily’ allow developers to build and sell M2M applications.

Enmeshing everyday systems and appliances into the internet of things is seen as a natural progression of today’s increasingly connected lifestyle. With around five billion M2M devices currently operations worldwide and ten times as many are expected by 2020, the operator wants a slice of this pie.

Deutsche Telekom’s M2M Marketplace, which was launched in July, acts as a channel to market for apps, while resident experts and community members provide developers with the opportunity to exchange information and ideas on the forums.

The portal is also aimed at IT companies and device manufacturers that might wish to integrate M2M connectivity features into their products using Deutsche Telekom SIM cards. Perhaps a new range of connected lunch boxes, toilet roll holders or underpants might be just on the horizon.

“We bring together all the players in machine-to-machine communication – and give developers the opportunity to market their programs,” said Jürgen Hase, Head of Deutsche Telekom’s M2M Competence Center. “In this way, we want to significantly shorten the time between the idea and commercialization.

“There is no doubt that the demand for the various options provided by this technology will increase dramatically in nearly all industry sectors – the applications range from process optimization through to completely new business ideas,” he added.

“In order to design the ecosystem, we want to cooperate and partner with IT and other companies, hardware producers and also with developers. The Developer Community, like the M2M marketplace previously, is therefore an additional integral step in the implementation of our strategy which enables us to position ourselves on the M2M market in the long term.”