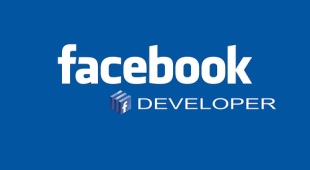 By James Bourne | 6th August 2012 | TechForge Media http://www.cloudcomputing-news.net/
James is editor in chief of TechForge Media, with a passion for how technologies influence business and several Mobile World Congress events under his belt. James has interviewed a variety of leading figures in his career, from former Mafia boss Michael Franzese, to Steve Wozniak, and Jean Michel Jarre. James can be found tweeting at @James_T_Bourne.

You thought Facebook was quick enough in the frequency of its pushes? Well, now double it.

The social media giant, famous for its punishing daily push schedule for its developers, is now determined to update its code twice a day.

“I’m really looking forward to this change as it takes our already incredibly aggressive release process and doubles down on it”, said Facebook release engineer Chuck Rossi, adding: “It’s exciting and I think it crushes what anyone else of our size and impact is doing”.

The spike in developer activity comes with the hiring of a new release engineer at Facebook’s New York base.

Rossi, who has been with the Silicon Valley social networkers since 2008 having previously worked at Google, originally was the only release engineer to around 100 developers. Currently there are in excess of 1000 developers trying to attain the twice daily push.

“I want everyone to experience Facebook as a solid, reliable service”, Rossi said back in April.

Yet this news hasn’t exactly been an unequivocal success for Facebook. Even though it could arguably be noted that the majority of those who agree with the change won’t be as vocal, there are plenty of dissenters.

One commenter coyly phrased the situation as Facebook ideally being “a quality product rather than just mass quantities of [a] mediocre product”.

Of course, Facebook has spent most of this year focusing on its mobile sphere, with acquisitions of the likes of Acrylic, Face.com and Spool being eye-opening in that area. But will this change influence and improve Facebook Mobile?

Facebook has been criticised in the past for rolling out wide-ranging cosmetic changes at short notice, so will updating code more often make this problem worse?

Will this mean more or less downtime? And will it mean a total rollout of Timeline? Let us know what you think in the comments…