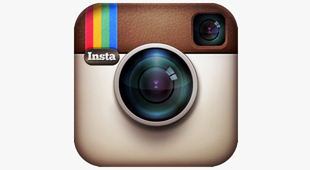 By Dale Carr | 19th April 2012 | LeadBolt http://www.leadbolt.com/
Dale Carr is the founder and CEO of LeadBolt. He has been directly involved in the technology industry since the tender age of 12 and prior to LeadBolt, co-founded a highly successful mobile content and technology company which was ranked as the Fastest Growing Company in Australia and 3rd Fastest in Asia Pacific. LeadBolt was launched in Mid 2010 to combat the overall deficiencies in the online advertising market and has since become one of the leading digital advertising network's in the world.

Facebook’s purchase of Instagram has given us a unique insight into where the Social Media giant sees the future of its industry, and the price it has paid tells us that it is not on the web. Is this the beginning of the end?

Much has already been written about the amazing amount Facebook is paying for Instagram. As a single app company with minimal monetization, $1 billion may seem extreme, especially given that the company had valued itself at about $500m. I am not, however, going to focus on the merits of Facebook’s decision, but rather the volumes that the decision tells us regarding Facebook’s current state of play, its strategy and vision for mobile – and what we can infer it believes is the future for www.

Let’s start with what we know.

So apps, and definitely mobile, are important to Facebook’s future strategy. No rocket science there.

It has also been heavily reported that Facebook is desperately trying to find its feet in the mobile market. Its revenue model has been heavily (if not exclusively) geared towards web, and, while its immense popularity has been keeping it relevant in the mobile space, it has not yet found the strategic advantage on mobile that it has on web.

One area it has now obviously tried to change is photo sharing. Much of Facebook’s popularity has been as the leader in the massive growth trend of photo sharing. It has become a category killer on web against the incumbents like flickr and picasa. Buying Instagram is effectively killing off the major competitor to its future success on mobile and at the same time cementing it position as the #1 photo sharing community on all forms of digital media.

But the huge amount, $1 billion, tells us a little more.

It is interesting to note that in the same week that Facebook made its announcement, Google, for the second consecutive quarter, reported a decline in “Cost Per Click” rates. This shift is obviously due to the shift in traffic from desktop to mobile.

Interestingly, George Colony from Forrester Research, in his presentation at LeWeb 2011, questioned the strength of Google’s current strategy and offering compared to where the market was heading. Its ad formats, still based on what worked on the web will diminish in appeal on mobile where the technology allows for more innovation and sophistication. He recognized that Google has Android, but only 3% of its revenue is derived from it.

So where do Forrester and Facebook see the market heading?

Well, Colony titled part of his presentation, “Death of the Web” and the magnitude of Facebook’s outlay would indicate that they agree.

Forrester’s prediction is centered around the fact that processing power and storage are growing at faster rates than the network. So in other words, the power of the device is increasing at a faster rate than we are able to utilize through the web. An example cited is Xbox. Its technology is too advanced to access in the cloud, so it uses native technology while providing connectivity through the internet (which is different to the web).

Let’s be clear, Internet and web are not the same thing. The web is the current pervasive technology layer connecting us to the internet. Just as other technologies preceded the web, Apps are gearing up to replace it as they allow us to fully utilize the advancements in power and technology. Facebook is clearly betting on this change.