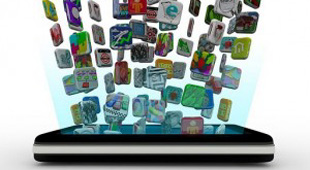 The market for enterprise apps is huge, and we’re still only in the foothills of the industry’s development, according to the founder and CEO of Chelsea Apps Factory (CAF) Mike Anderson.

Having already delivered high profile enterprise and consumer apps for companies including RBS, Vodafone, CNBC and Robert Walters and Deloitte Digital, the apps consultancy and development house has announced a number of key appointments.

Mike Altendorf, founder of Conchango Plc, which sold to EMC Corporation in 2008, has joined the CAF board as a Non-Executive Director, while Josh Hart, an enterprise app specialist and former development lead at the pharmaceutical communications firm Photosound, becomes head of innovation.

The appointments indicate the importance CAF is attaching to the enterprise apps market. “In the US you’ve had companies come along and build their own app store,” says Mike Anderson, Chelsea Apps CEO. “They’re offering thirty different apps to help their employees in the workplace. Businesses want to compete like that and they’re dictating their needs to providers.”

A classic brief might involve a CEO with, say, 1000 sales staff on the road.He wants to equip his sales team with iPads so he can track, measure and analyse sales performance, perhaps provide centrally updated rich media content that allows his team to showcase the product. For him, that’s a tracking and tranining slice of technological genius, supercharging his sales staff.

“Before apps, back when they were using laptops for this, companies were buying software licenses from the big enterprises,” says Anderson. “So if you had 20,000 users at $500 dollars each, you’re spending $10m on licenses before you know where you are.”

CEOs, CTOs and CIOs are now realising that for a fraction of that cost, they can deploy an app that serves the same purpose, provides content management and reporting.

“I don’t have to spend $10m on licences,” says Anderson. “And from wherever I am I can send my sales force up to date information, keeping my people on the road equipped with the latest survey, the newest insight. I can control so much of my business from here.

“It’s the enterprise apps space that’s really exciting at the moment,” he adds. “We’re working with a number of blue-chip companies to deliver apps that drive real business benefits – from sales tools to internal comms.”

Dealing with enterprise is also a less disordered place to do business, he says. “I’m dealing with professional people who have a roadmap and a resource plan to mobilise their business… It’s a very different industry from when we started two years ago.”