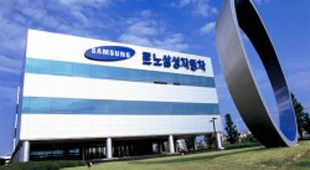 Samsung is to launch its own mobile ad exchange to rival similar offerings from Google and Apple.

The Korean device manufacturer announced a partnership with OpenX Technologies, to launch Samsung AdHub Market later this year. The move is an expansion of Samsung’s recent push to enable AdHub advertising on its smart TV devices, allowing marketers to deliver targeted interactive content like video and 3D.

With the OpenX partnership, Samsung AdHub is expanding its capabilities to include an integrated RTB Mobile Market to capitalize on the mobile advertising opportunity. The exchange will enable advertisers to buy mobile space from developers or from Samsung directly, offering targeted messages on Samsung devices.

Samsung said that the system’s real-time bidding capabilities would allow developers to maximise their ad revenue by selling inventory to buyers who compete for each impression in an auction with a minimum floor price.

The private exchange will offer developers superior levels of control, including the ability to approve all demand sources in order to maintain the high quality of ads, it said.

It’s unclear at this stage what kind of cash deal developers can expect from the exchange but Samsugn will need to provide ample incentive for developers to get involved. Earlier this year, Apple’s rival ad platform, iAd, which launched in 2010, hiked the developers’ share of revenue from 60% to 70%, while slashing the minimum advertiser buy-in from $1m to $100,000.

Daniel Park, Vice President of Samsung’s Media Solution Center, said: “Samsung is empowering both the developer and the advertiser, by creating a win-win solution, in which the app developer is able to achieve higher revenues and advertisers are able to reach their marketing goals.”

The Samsung AdHub Market is expected to launch during the second half of this year. What are your predicitons on the deal developers can expect?