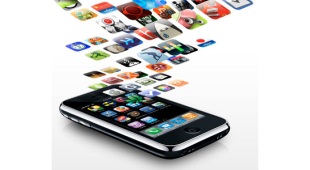 Developers creating their apps for Android are more prolific that those creating apps purely for Apple products, according to recent figures.

The average publisher on Android has placed more than six apps in the Market since launch while iOS developers have just over four apps published on average.

The Android Market has been maintaining an exponential growth over recent months and while it is still in its infancy, compared to Apple App Store, the number of active mobile applications in the Android Market stood at 319,161 while Apple reined an impressive 459,589, as per the last quarter.

Google can indeed celebrate the success of Android (yesterday, we reported that Android had beaten Apple to the top of the apps download chart) as the actual total number of applications published on the Android Market leapt to over 500,000 in September 2011 while market leader, Apple apps, has just 20 percent more successful submissions.

Another point to consider, Apple regulary housekeeps its store, removing inappropriate or outdated content but despite this, its active application share still out does Android. 78 percent of the apps removed from the Android Market were free – suggesting that perhaps Android needs to be more thorough when it comes to accepting submissions or tighten its in-store clean up guidlines so it offers apps that have staying power in the Market, rather than just okaying submissions to boost numbers.

Whatever the reasons, it does appear that Android is certainly a good route for developers who want to get their apps up and running and out in the Market place.