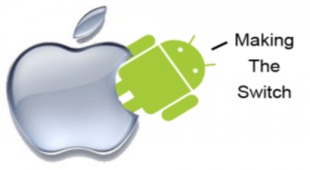 Apple has been ousted as the app download king thanks to the surge in popularity of Android handsets, according to reports.

App downloads on Google’s Android operating system have overtaken those on Apple’s devices after ABI Research found that Apple iOS made up 31 per cent of total app downloads in the second quarter of this year, while Android apps accounted for an impressive 44 per cent.

The figures may come as a surprise to many as Apple has long been the favourite choice for the smartphone fan,  however, it appears that Android is having its moment after shipments of the handsets up 36 percent on numbers recorded in the earlier part of the year.

But a closer look at the figures shows that while more Android apps are being downloaded in total, on an individual scale, Apple owners tend to be more prolific in terms of how many apps they typically download per user and, in fact, Android app downloads still lag behind iOS by two to one.

And the apps just keep on coming. According to the research, global downloads of games, music, news and other apps are expected to rise to 29 billion this year, more than triple the 9 billion downloaded in 2010.