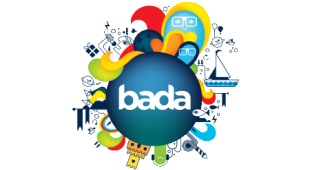 Samsung has launched its global contest to find the most innovative and entertaining app using the bada 2.0 SDK.

The winning applications will bear a Power App seal at Samsung Apps and receive exclusive marketing and promotion benefits.

Kang-hyun Kwon, senior vice president of Media Solution Center at Samsung Electronics said: “Since its launch, Samsung has improved the competitiveness of bada as a truly global platform, with significant success for bada in markets ranging from Eastern Europe to China. We are committed to supporting developers around the world to grow and nurture the bada ecosystem and take part in this success.”

The public will be judging the entries and will decide on the best apps – the first ten to hit 100,000 downloads will go straight to the finals with the winners being announced on the bada developers’ site in 2012. Developers can enter multiple applications but entries need to be in by 12pm on 31 December. To register, developers should head directly to http://developer.bada.com/apis/event/badaPowerAppRace.do

At the IFA 2011 event in September, Samsung revealed its plans to enhance the bada platform with the introduction of bada 2.0-based smartphones including the Samsung Wave 3, Wave M and Wave Y.

Future plans also include the launch of a wide range of future support programs for bada developers, including a bada developer day global tour to widen the awareness of the bada ecosystem.