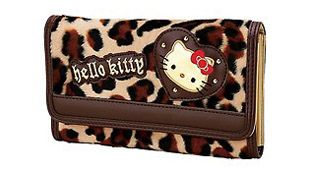 While the technology is already widely used in Asia, adoption of NFC payments has been sluggish in the West while the industry struggled to unravel the competing interests of the many different players involved in the market; though recently, some of the key players have begun to make strides into the space.

RIM’s announcement this week that it was partnering with the European telecoms giant Telefonica to test a mobile wallet system on Blackberry devices follows Nokia’s claim that all its phones would be NFC-enabled by the end of this year; while Google has included NFC support in Android.

Apple has filed two NFC related patents in the last two years, and the analyst firm ABI has predicted that the iPhone is set to enter the NFC market next year. “Apple will launch a mobile wallet product in 2012,” says Mark Beccue, ABI Research senior analyst, mobile commerce and NFC. “Apple’s MNO [Mobile Network Operator] partners will allow Apple to offer their mobile wallet to consumers who have iPhones, regardless of whether or not the MNO has a competing mobile wallet.”

ABI predicts that mobile wallet technology will initially be offered by operators, though the consumer loyalty enjoyed by Apple and Google will see them eat up significant amounts of market share between 2012 and 2016.

RIM and Telefonica’s mobile wallet test will run in Spain, where 350 Telefonica employees will experiment using Blackberry phones to make purchases from participating companies like retailers, fuel stations, banks and other businesses in the vicinity of the company’s Madrid-based headquarters.

Testers will also use their phones to receive account balances and payment confirmations from their bank and gain access to secure parts of their offices. If all goes well, Telefonica’s “Wallet” service is expected to become commercially available in 2012.

Previous adoption of NFC by operators has been hampered by concerns over a loss of control, but the Telefonica system makes use of SIM based capabilities within the phones to retain some control over the transactions made through phones on its network.

However, with Google Wallet alreayd processing payments, operators’ dreams of controlling mobile payments are far from becoming reality. Recent research in the UK by Forrester and PayPal has indicated that mobile payments could be ubiquitous in the next four years.

“2016 will mark the real start of money’s digital switchover in the UK,” said Carl Scheible, Managing Director of PayPal UK. “We’re not saying cash will disappear entirely, but we’ll increasingly use our phones and other devices rather than our wallets to pay in-store as well as online.

“The lines between the online world and high street will soon disappear altogether,” he added. “Children born today will become the UK’s first ‘cashless generation’. It will be completely natural for them to pay by mobile.”

However, if Apple were to enter the NFC fray, as analysts at ABI, it would change the landscape considerably, stimulating consumer interest in the technology, and making Forrester’s 2016 prediction look a little long.