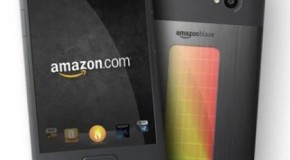 By Dani Millward | 21st November 2011 | Cloud Tech
Covering a range of topics within key technology sectors, including apps, development, marketing and IT, Dani is Online Editor of Cloud Tech. Contact her via Twitter on @Dani_Millward

Amazon may develop its own smartphone after the recent success of its Kindle devices, which could be launched by 2012.

According to a report by research firm Citigroup, Amazon have asked Taipei-based company, Foxconn, to help make the smartphone. Foxconn has previously working with Apple to develop its iPhone device.

The smartphone will use Texas Instrument’s OMAP 4 processor, which is also used for the Kindle Fire tablet, it’s been reported.

Predicted to be on sale by the fourth quarter of next year, the smartphone could retail between $150-170, which is the same amount as manufacturing costs. This follows the low price bracket for the Kindle Fire, which could potentially make a loss to the company.

Citi analysts said: “With the clear success of the Kindle e-Reader over the past three years, and Kindle Fire possibly succeeding in the low-priced tablet market, we view this as the next logical step for Amazon.”

Rumours are also circulating that a new version of Amazon’s Kindle Fire could be unveiled by the second quarter of next year.

The report continued: “We continue to believe Amazon has set its eyes on the mobile (and tablet) media and product consumption frontier.”