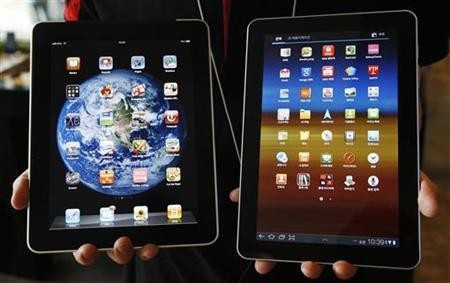 By Dani Millward | 18th November 2011 | Cloud Tech
Covering a range of topics within key technology sectors, including apps, development, marketing and IT, Dani is Online Editor of Cloud Tech. Contact her via Twitter on @Dani_Millward

Samsung Electronics has redesigned its Galaxy Tab in hopes to get around an injunction made by Apple in Germany.

The Galaxy Tab 10.1n features cosmetic differences, including a new metal band around the device and speakers on the front.

The South Korean firm said that the new tablet computer will be released in Germany later this month.

Florian Mueller, a Germany-based patent consultant, said on his Foss Patents blog: “Samsung has upped the ante for Apple and its lawyers. It seems to me that this design resulted from teamwork between Samsung’s German lawyers and its product design group.”

The injunction was granted in September by German courts, which banned the sales of the Google Android-based tablet.

Apple claimed that the original design was too similar to that of its iPad tablet and that it violated patents.

“It’s no coincidence that Samsung’s latest products look a lot like the iPhone and iPad, from the shape of the hardware to the user interface and even the packaging,” said an Apple spokesperson in April. “This kind of blatant copying is wrong, and we need to protect Apple’s intellectual property when companies steal our idea.”

Since April, the two companies have filed lawsuits against each other to stop sales of devices around the world, including Australia, France, Italy and Germany.