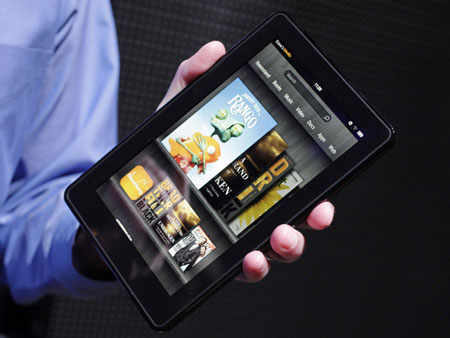 By Dani Millward | 15th November 2011 | Cloud Tech
Covering a range of topics within key technology sectors, including apps, development, marketing and IT, Dani is Online Editor of Cloud Tech. Contact her via Twitter on @Dani_Millward

A new survey by Appcelerator and IDC found that 49% of developers are attracted to creating apps for the Android-based tablet, just 1% above the Samsung Galaxy Tab.

The percentage is only 4 points less than the interest shown for Apple’s iPad prior to its launch last year. The iPad continues to be the most popular with 88% of developers wanting to use the iOS device.

However, despite the increasing number of developers wanting to work with the Kindle Fire, concerns were noted, including fragmentation and lack of features. The price of the tablet is said to be the main reason for developer interest.

The report said: “Assuming Amazon sells well this holiday season, Android developers will need to consider yet another set of different capabilities. The difference this time? Google will be less able to exert control over Amazon’s divergent Android path.”

The research also found that 38% of developers were interested in the Windows Phone 7, separating itself from the likes of Blackberry and Nokia Symbian. This is the highest ever percentage for Microsoft’s platform.

The report said: “Microsoft is enjoying symbiotic success with Nokia. When asked why developers are more interested in Windows Phone 7 now than a year ago, a plurality (48%) said it was the Microsoft/Nokia partnership.”