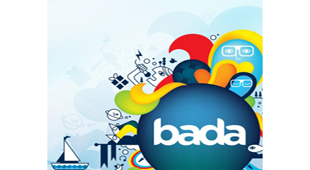 Developers from across the UK and abroad are invited to attend the second annual Developer Day, which is being held today at OXO2 in London’s Southbank.

The event follows the launch of bada 2.0 in August and aims to encourage more developers and brands to incorporate bada 2.0 into their application strategy.

Attendees will experience a mixture of sessions hosted by Samsung, a look at how apps are changing consumer behaviour and future trends that will change the mobile market, as well as demonstrations of the updated bada platform and latest bada 2.0 devices, including the Wave III.

In addition to a demo of bada 2.0, they will hear about company’s plans for the bada platform and its USPs in comparison to other operating systems and the commercial opportunity for bada 2.0 and Samsung’s Wave III.

The event is also a chance for attendees to hear more about the bada 2.0 Power App Race, a global competition celebrating the launch of bada 2.0, and to expand the bada ecosystem. The first 10 bada 2.0 applications to achieve 100,000 downloads at Samsung Apps will be rewarded with a $3,000,000 prize package, including $1,000,000 in cash. The registration period for the bada 2.0 Power App Race ends on 31st December 2011.

In addition, Samsung is launching a high profile UK competition at the bada 2.0 Developer Day with a cash prize of £100,000 for the most innovative initial local concept idea for an app, and a runner-up prize of £50,000. The winners will be announced at Appsworld in November.

A third competition is also running in the UK and Ireland, the bada Student Developer Challenge, where students at participating universities can join 24-hour `code-athons` to try out their bada 2.0 coding skills. The winning team will receive £15,000.

Simon Stanford, head of mobile for Samsung UK & Ireland, said: “Following the success of our bada Developer Day last year, we were keen to hold a similar event this year to showcase the range of new features now available to developers. We support multiple operative systems through our spectrum of devices, and whilst we are keen to continue working with partners including Google and Microsoft, bada will continue to be a big focus for us.

“We are committed to supporting developers who create apps for the bada platform, and will continue to provide the right tools for them to do so”.