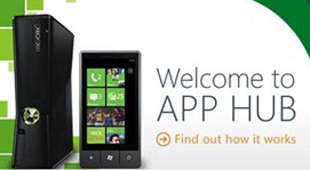 Microsoft has announced the rollout of the anticipated update for WP7 Apps Hub, providing developers with a number of new features and private distribution options.

The Hub has been updated with new markets, distribution options and enhanced apps and account management capabilities. “Today we are officially announcing the rollout of the new App Hub developer portal with key new functionality, multiple enhancements and support for several new markets,” said the firm on its developer blog.

“The combination of new platform capabilities such as multitasking and hardware-accelerated IE9 with the new opportunities that come from our partnership with Nokia and expansion to twice as many consumer markets is attracting a new wave of Windows Phone developers,” said Todd Brix, senior director of Windows Phone product management at Microsoft.

Brix announced 19 new consumer markets for Windows Phone apps. “Starting today developers can publish their apps to consumers in 19 new countries, in addition to the 16 that Marketplace already supports,” he said.

Beta distribution enables developers to distribute pre-certified apps to a group of up to 100 access-controlled beta testers for up to 90 days. “This distribution method gives you the opportunity to test apps with a hand-picked set of beta testers more quickly and build high-quality apps before publishing them in Marketplace,” Brix said.

The targeted distribution enables developers to distribute applications through Marketplace in a hidden state, where they are not discoverable via browsing or searching Marketplace.

“To enable targeted users to access your hidden app you simply share the deep-link to the app with the users you want to have access via email, text or other mechanism,” said Brix. “Unlike beta distribution, you may distribute your app to as many users as desired and publish publicly in Marketplace at any time.”