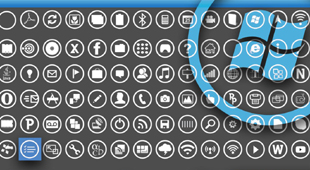 The number of apps available on the Windows Phone 7 Marketplace now exceeds 25,000, according to WindowsPhoneAppList.

While this number is currently no challenge currently to the market leaders, it is impressive given that WP7 devices are still mostly in their infancy.

A new line of swanky Nokia Windows phones may still be over the horizon, but the fact that the platform appears to be gaining ground, however slowly, on the likes of Android and iOS may raise a few eyebrows.

Microsoft has been actively promoting its platform to developers in recent months, releasing a number of detailed API mapping guides, and investing heavily in community activities.

Additionally, Nokia had engaged in a full charm offensive against Symbian developer communities, wooing them over to the WP7 platform through offers of a year’s free Microsoft App Hub registration for Nokia Developer PRO and Launchpad members who are registered Ovi publishers in the countries that Microsoft supports on the App Hub.

In the meantime, the persistent upwards curve in WP7 app publication would seem to suggest the long term potential of the platform, an observation made earlier this week by Nokia, and backed up by analyst firm IDC’s prediction that WP7 will outgrow both iOS and Android in the next few years, increasing its market share by more than 82% in four years to over a fifth.