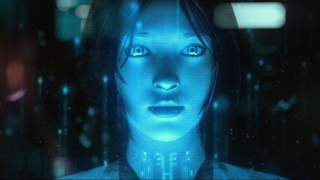 By Ryan Daws | 13th September 2013 | TechForge Media
Editor at TechForge Media. Often sighted at global tech conferences with a coffee in one hand and laptop in the other. If it's geeky, I'm probably into it.

Virtual assistant technology has been a work of fantasy for many years; whilst many have tried (and ultimately failed) to deliver a human-like experience, Microsoft’s “Cortana” sounds like it may just have a chance at finally making that dream a reality.

The most widely-known voice responding service (I won’t go as far as to call it an actual assistant) is Siri – which was acquired by Apple and implemented in iDevices since 2011.

Year-on-year its functionality has increased; but responses are scripted based on internet resources such as Wikipedia and Wolfram Alpha. To offset this, Apple has added in jokes and limited abilities such as recognising family members; but Siri doesn’t truly adapt or learn.

It could be this non human-like interaction which is a barrier for many people; I don’t see many, myself included, who regularly talk to their phones to get tasks done. Google has realised this and although also offers a similar voice respondent based on their huge knowledge graph; they have taken a very different approach using ‘Google Now’ which attempts to answer questions before you ask them.

Personally I’m a huge fan of Google’s approach; it’s becoming a truly indispensible service for me. But maybe growing up with Tamagotchi virtual pets and Sci-fi films – a virtual assistant with moods, emotions, and dynamic responses like Cortana from Halo sounds far more awesome.

Microsoft has been surprisingly quiet on the voice assistant front for a while; pointing their functionality as ‘TellMe’ found in Windows Phone which performs basic tasks. However, in July, Stefan Weitz told Cnet: “We could come out with something now like them [Apple], but it wouldn’t be state of the art.”

Count me intrigued. Not plain enough? Ok, how about Steve Ballmer’s Microsoft re-org memo in July which speaks of “a family of devices powered by a service-enabled shell”?

In the memo he writes: “Our UI will be deeply personalized, based on the advanced, almost magical, intelligence in our cloud that learns more and more over time about people and the world. Our shell will natively support all of our essential services, and will be great at responding seamlessly to what people ask for, and even anticipating what they need before they ask for it.”

But this talk is also cropping up around a very convenient time – the launch of the Xbox One.

The Xbox, with its Windows 8 kernel, will be completing Microsoft’s ecosystem. A virtual assistant “shell” which is accessible across all the devices and powered by the cloud – would tie everything together perfectly.

Cortana is definitely a project which is out there. An app called ‘zCortana’ has already been found on Windows Phone with access to its debug menu. Quite the scale of the project we cannot confirm, but based on executive’s comments; it will be the first worthy of being called a virtual assistant.

Are you excited by the prospect of the first human-like virtual assistant?